The Life Sciences Research Foundation announced recipients of three-year postdoctoral fellowships who begin their training August 2014.  Dr. Reza Vafabakhsh's proposal entitled "Single molecule FRET study of GPCR signaling:  from receptor activation to G protein activation" earned him the Merck Fellowship.  While at the University of Illinois his research was conducted in the Ha Lab under Dr. Taekjip Ha.  He is currently at the the University of California, Berkeley.

The awards are the 32nd to be made by the Foundation, which was organized in 1981 as an alternative instrument for guiding monies from industry, foundations, agencies, and other donors to the non-targeted support of outstanding young scientists. The awardees were chosen by the Foundation's Peer Review Committee from over 900 applicants. Each recipient will work at a non-profit institution of his or her choice, and each will be identified as the individual recipient of support from one of the Foundation's Sponsors.

The recipients, their institutional affiliations, and the sponsoring donors, were announced by the Foundation's Officers, Dr. Donald D. Brown, Dr. Douglas Koshland and Dr. Daniel Gottschling 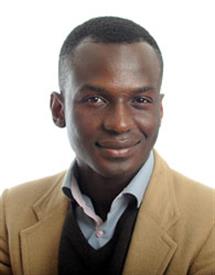